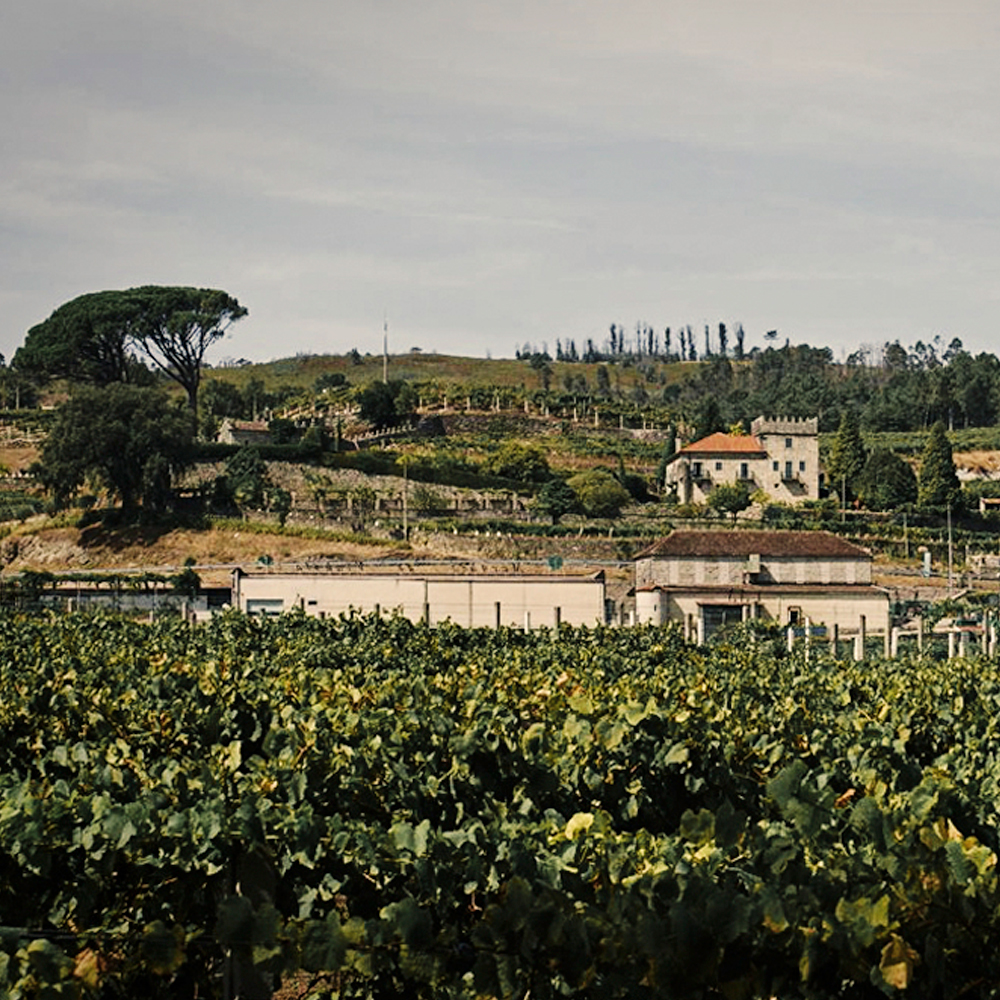 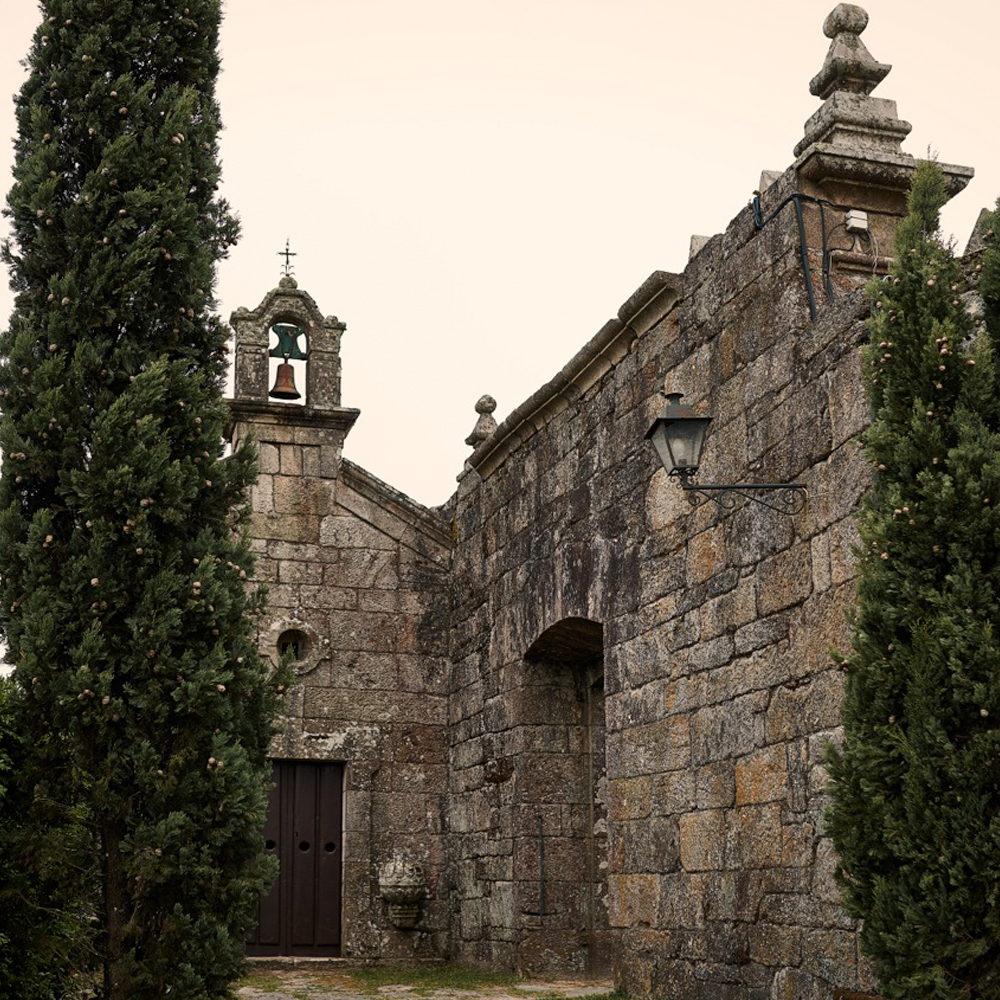 Bodegas Marqués de Vizhoja has more than five decades of experience working to pass on knowledge of its white wine throughout the world. One of its main objectives is “that there should be no place left in the world where one cannot drink Marqués de Vizhoja”. After spending much time in the sector, many experiences have been acquired which have made the wine culture a way of life. For the consumer to get to know first-hand why its wine has such a special character and why, in spite of its sales numbers, why the company continues to be considered a family enterprise, Bodegas Marqués de Vizhoja has decided to open its doors to the public. In this new age of offerings in wine tourism that allow for one to enjoy the best white wines accompanied by tradition, heritage and nature, all of the senses can be fulfilled.

For its dedication to wine spanning over fifty years. From the humble but ambitious beginnings of a family enterprise, up to present day, during your visit you will get to know the history of Bodegas Marqués Vizhoja and will see the way in which the installations come together to bring a perfection to its wine-making tradition as well as the traditions of the region, using all of the latest techniques, achieving maximum quality in the development of the wines with D.O. Rías Baixas and in the County, and managing to produce one of the most renowned white wines in the world (Marqués de Vizhoja is ordered every day in over 10 countries).

For the extensive vineyards. Galicia has a strong tradition of smallholding, with large-scale agricultural exploitation dedicated to a single product being very rare. The almost 40 hectares that make up the vineyard at Bodegas Marqués de Vizhoja are an exception to the rule, holding vines of Albariño, Loureira and Treixadura on its hillsides by the River Miño. Visitors can appreciate this beautiful place even before reaching the gates to Finca La Moreira.

This is due to a passion for wine cultivation. In addition to being a time for celebration and community, where the Vizhoja family reaches its highest point, it is also a time for meticulous work to be done, crucial in reaching the absolute best results. These high quality standards in the company demand that the time between the cutting of the bunches and their destemming never consist of fewer than two hours, thus assuring that the original freshness of the grape is maintained at all times. The respect for tradition and for the community ties that is generated by the traditional wine-harvesting system make it so that Bodegas Marqués de Vizhoja would choose to maintain the manual cutting of the bunches without the disruption of industrial machinery. This way the quality of the process is primed for the amount of bunches cut every hour, with the assurance of greater benefits that come from the soft touch of a hand than the industrial method. The image of this manual work carried out at the vineyard is one of the most beautiful sights to behold in the entire year.

For its process at the Bodega. At Bodegas Marqués de Vizhoja, the most modern and least aggressive techniques are employed for the most demanding wine development. During a visit to the installations, one can contemplate the machinery used during the processing of the grape as well as the stainless-steel deposits under a temperature controlled for the wine’s development, maceration and storage, ensuring proper preservation before bottling. Tradition and innovation are brought together again in this storage and resting space, since the stainless-steel deposits are found in an old tobacco drying space, converted decades ago for fulfilling the functions of the bodega. Throughout this phase, the wine goes through a process of bottling and packaging in which the latest technologies contribute to ensuring the maximum quality of each shipment. Throughout this process, the love for old traditions is once again shown: the bottle of white wine, Marqués de Vizhoja, to this day is sealed with wax, as a clear homage to the first bottles made by the founder of the company, Mr. Mariano Peláez.

For its R&D department. Many internationally-renowned ideas have come from the R&D department, including the Gotas del Marqués (Drops of Marqués), a most hygienic invention to enjoy the traditional drops as a means to finish off a good coffee; or the anti-drip enclosure system of the D’Vizhoja bottled spirits. Throughout the visit, one can get to know about the company’s research first-hand.

For its vast green spaces, including hundred-year-old trees and historic gardens that preserve the ways and characteristics of the gardens that were first created there over 150 years ago. These are accompanied with old Camellias and the fauna of the surroundings, pure and natural, which occasional intervene as “impromptu extras” throughout one’s visit. Moles, rabbits, blackbirds, green-finches and colorful lizards taking in the sun on hot summer days over the walls, just some of the animals that inhabit the estate.

For the history hidden beyond its walls. The Council of Arbo and the parish of Cequeliños, in which Finca La Moreira is located, have the good fortune of being on part of one of the oldest archaeological sites in Galicia. Taking its location into account, it does not strike one as strange that Finca La Moreira was inhabited in antiquity, although the earliest known historical documents date back to the Modern Age. From then until now, Finca La Moreira has seen many historic moments, having a special role in events that occurred during the War of Independence, which are discussed during the visit.

Heritage is preserved for everyone at Finca La Moreira. This estate hosts elements of great ethnographic value to Galicia, as valuable as the Cruceiro monument and raised granaries, the Chapel of the Virgen del Carmen, built in 1815, or the beautiful fountain made in 1856. The presiding part of the estate, though, would have to be the imposing country La Moreira country house-tower, the area’s standout component. This was the noble home of the Hidalgo de la Moreira, who, as shown in old wineries that survive therein, as well as in preserved documents, had been dedicated to wine production going back over 200 years.

For the high quality of the wine. Part of the production of the Bodegas Marqués de Vizhoja wines can be tasted during the visit, in a sampling session that sees the wine accompanied by some form of traditional culinary product of Galician cuisine (varied, depending on the season).

For its shop. The Bodegas Marqués de Peláez holds the original company offices set up by Mr. Mariano Peláez, in an old tobacco drying space. This space takes advantage of the old original furnishings to display the wines and various internationally renowned Galician culinary products that go best with White Wines and Albariño white wines, or delicious sweet to go with any of the liqueurs.